On Ultramarines (A Spoiler-Free Review) 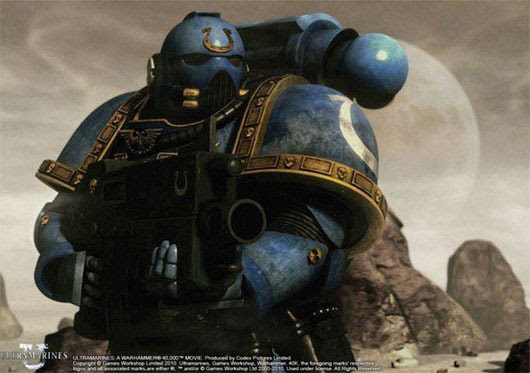 So, I don't do as many reviews as some of the other blaggers in our circle, (I personally find them a bit dry to write), but I promised to put up some thoughts about the Ultramarines movie when I watched it, so here we go.

Here is a 'Rome's Rapid Rubric*' breakdown of the movie:

*[Note that Rome's Rapid Rubric only accounts for these factors by volume, not by quality. This is particularly important for 'plot,' which is 'how complicated is the plot,' and not 'how good is the plot.'  Inception is a 6 in plot, while Primer is a 9, but this doesn't mean Primer is "better" - it just packs more "goings-on" into the time it has.]

**[In the RRR, Fanservice ONLY denotes sexually-oriented fanservice.  Other kinds of fanservice certainly exist, but are too nebulous to deal with in this intentionally over-simplified metric.]

I went in with a very specific set of expectations, and I was satisfied.  I expected to see the Ultramarines kick some ass, and the film did not disappoint in that regard.  The plot was pretty solid and though it was in no way revolutionary it was a more than serviceable as a vehicle for the main event (the action).  It wasn't excessively predictable - the 'plot summary' that TG built from the trailers alone proved to be wrong (warning: Spoilers, Nerdrage, Misinformation, and Heresy regarding the possible divinity of John Hurt) so that's something, at least. 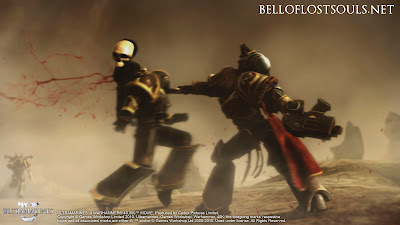 The CG was the part of the film that your average person will probably have the most trouble with.  It was far from photorealistic, but they tried hard enough that it slipped into the uncanny valley at times.  Personally, I would have gone with more stylized CG instead of attempting photorealism with an insufficient budget.  The long and short of it is that machines (power armor, vehicles, etc) all look pretty good, and faces look kind of... off.  If you can get over that, though, you can probably enjoy the visuals - they are quite detailed, and at times they can be pretty impressive.  Just don't go in expecting Tron: Legacy or a modern-day Blizzard cinematic and you won't be disappointed.  The characters also wear helmets for much of the film, which helps a bit.

For Warhammer 40k fanatics, however, the slightly outdated (if pretty well-implemented) visuals are not going to be the major point of contention.  No, as forums have shown already, the greatest source of RAAAAEG is "Why Isn't This Movie About My Army of Choice?" syndrome.  However, before you post yet another thread about how "overpowered" the Ultramarines were in this movie and how it's really the Blood Angels/Space Wolves/White Scars/Rainbow Warriors/Imperial Guard/Adeptus Janitorius who are the real heroes of the Imperium and deserve this kind of attention, remember this little fact about Warhammer 40k: every faction gets to be the 'big heroes' in their own novels, comics, stories, etc.  If they make more movies, of course, I'd like to see them branch out from the Ultramarines, but it's not a bad starting place, either.

So I think that's how I'll sum it up.  It was a good start.  I wasn't floored by it, but I enjoyed watching it - I'll almost certainly watch it again sooner or later.  I don't know if it was commercially successful (I somehow doubt it, but who knows), but if Codex Pictures makes another Warhammer 40k film, I'll want to pick it up.  Unless it's about the Blood Angels.  F*ck those Mary Sues and their sparkly bishounen vampire crap.

On Meeting the New Cast (Acolytes)

Same as the Old Acolytes?  We'll have to see.

I've decided to make this a more visually-oriented post, for expedience and lulz.

Now then, our current roster, in no particular order: 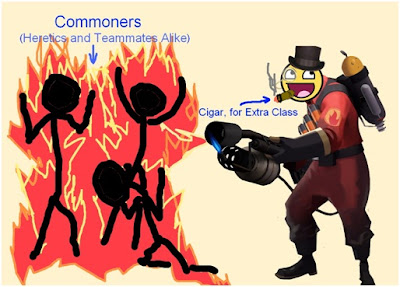 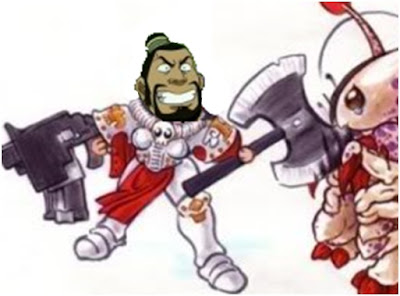 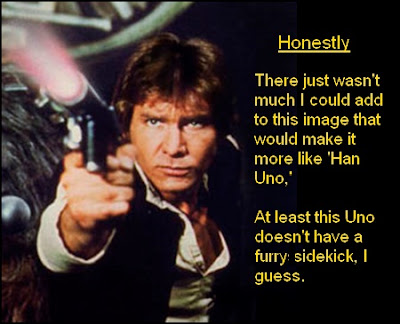 [The image for this charming young man appears to have been removed for "privacy reasons" at the request of local councilman Suthcil Oirad, a recent appointee the post who seems to be an up-and-comer in the local political scene and all-around great guy.] 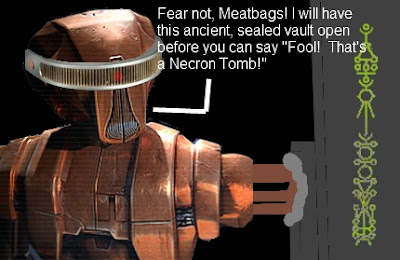 Castus Eisen
Player: Will
Class: Psyker
Highest Stat: Age (59)
Lowest Stat: Facts known about Castus (he truly is a man of mysteries - to which we may will never know the answers!) 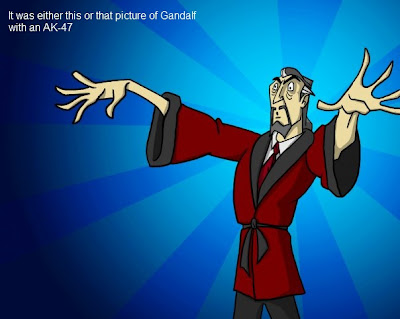 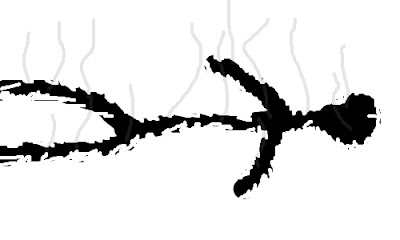 And now that introductions are taken care of, we can move on to the chronic-  what's that?  That's all of our time for today?  That's too bad.

A list of my favorite media-type-things that don't exist in our universe, in no particular order:

-A good film version of Beowulf.

-An anime retelling of The Iliad in space with GIANT ROBOTS.

-A series/movie/weekly radio show/whatever in which everybody is voiced by Alucard or Emperor Wakamoto or BOTH.

-A 20 page paper on how Beowulf fails to use weapons properly on my hard-drive.

Possibly more to come if I manage to actually survive creating ONE of these...

(Note: Sadly, it is NOT Ciaphas Cain: The Musical that is due at noon on Friday).

So, I really want to play a game of Apocalypse 40k at some point.  Probably not before break, since I straight-up don't have time.  But next semester, maybe.  Unfortunately, you can't spell "Apocalypse 40k" without at least a few of the letters from "Logistical Nightmare."

Why is Apocalypse such a pain to orchestrate, you ask?  Well, there are a few reasons.

First and foremost, TIME and SPACE themselves are against you!  You need roughly 64 square feet of table/floor-space for a good game of Apocalypse, and at least 8-ish hours.  As I understand it, the game is best played a bit like Cricket - over the course of an entire day, at a leisurely pace, and interrupted frequently by tea-breaks.

Secondly, it requires you to get at least one other person into this 64 square foot space for roughly the same 8-ish hours that you occupy it.  It's also generally advisable that you get them to want to be there of their own volition for the entire time.  I think anyone who has ever tried to schedule anything ever can speak to the difficulty of this.

Finally, Apocalypse itself is, to put it nicely, degenerate.  There are no limitations to what you can run.  No force organization charts, no "single army" restrictions, no nothing.  You can put Eldrad with a bunch of Dark Eldar Archons and then re-roll your 2+ Invulnerable Saves until the cows come home*.  You can put 4,000 points into a single model and then OUTFLANK the damn thing.  You can give disposable infantrymen (or, god forbid, Guardsman Marbo) a grenade that opens a rift directly into the warp, killing everything it touches.  So, since it's such a pain in the ass to get a game running, you can take two routes - both sides can see the other's list and give it an 'okay,' or you can go in blind and just try to out-cheese your opponent as hard as possible, Vortex Missles and Strength-D template weapons blazing.  Of course, you have to get all players on the same page in this regard, or the 500 Orbital Lance Strikes and 0 models that one player is fielding are going to make the game rather boring (and depressing) for the person with the balanced army list.

So, if it's this much trouble, why play Apocalypse at all, you ask?  A very reasonable question, to which I have a very simple answer: 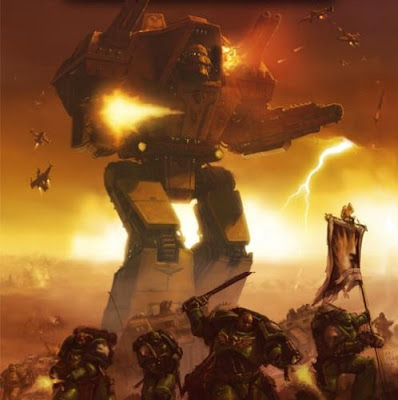 *You can only reroll each failed roll once, of course.  Still, that's a 2++ that rerolls.