So, because a friend was curious what it was like and I had access to a copy lying around, I decided to take a look at Grimm.  This post is not a review; it is more of an examination of some of the concepts contained in this game, which are of interest to me as a student of literature and a guy who wants to post more stupid infographics (see below - only one of them is my fault this time, though!)

First, let me give a brief summary of Grimm.  I will keep it to one sentence, but I make no promises about semi-colons:

Grimm begins in a world much like our own but rapidly shifts to an attached a fae dimension where fairy tales (and indeed, perhaps all stories?) end up once they have been completed; this alternate realm is called "Grimm" because it has gelled around the stories of the Brothers Grimm, who intentionally finished many folktales to get the monsters there-in out of our world and into this convenient pocket dimension, and your PC, a child (with a class like Jock, Bully, or Nerd), has been sucked into this realm '80s cartoon style (complete with nigh-impossible escape quest).

Grimm wrestles with competing impulses throughout.  On the one hand, it is the only RPG I have ever read that not only tells you that PCs should never die, but spells out that they should be revive-able if they do somehow die. On the other hand, Grimm stays fairly close to the dark origins of the stories; your characters are children being faced with fairly non-watered-down fairy tale eldritch horrors.  I draw one conclusion from this:

Grimm is also fascinatingly meta.  Any work that focuses on Story, Myth, or Legend (ohai Fate/Zero, how are you?) is going to be this way, of course, but Grimm really steps up to the plate in this regard.  The local equivalent to your usual "tell a cockatrice from a regular, mundane giant chicken" skill is, of all things, Gaming, and the game even calls out that, because of this, knowledge from a theoretical not-quite-D&D's monster manual is directly applicable to your character.  So not only is the game essentially putting a stat on Genre-Savvy, it is actively telling you that the "skill" with which you are playing the game is the skill with which your character is doing things... in the game... when you do those things. 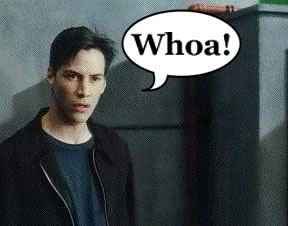 But wait, it gets better.

A role-playing game is a form of collaborate story-telling.  As is a folk-tale.  And although the story focuses on folk tales, it implies that all stories from the game's version of our world become a part of Grimm, and that many of those stories were true (as in, took place in "our" world) before being sequestered into the fictional pocket-dimension.  So... your story that you are telling through the campaign will become a part of Grimm... which means that you could run into one of your very own past campaign sessions playing out within Grimm...